Then & Now: What’s Different In Our Homes?

How times have changed! From the distinct architectural and design trends of the 1950’s post-war era until now, Canadian homes have transformed in significant ways.

While the typical mid-century family would have been content with a 2-3 bedroom, single bathroom house, modern Canadian families seek as many bathrooms as there are bedrooms (and people!) for today’s homes.

Houses are also taller. Single-storey and split-level bungalows once lined the average post-war residential street - now, most modern Canadian homes are a minimum of two storeys. As land has become increasingly scarce, homes have grown upward to accommodate Canadians’ desire for space, privacy, and luxury in their homes.

The Evolution of the Basement

Preferences toward basements have changed as well. The concept of “liveable” basements  really took off in the 1950s and 1960s as homebuilders began to envision the lowest level as a living and recreational space instead of a cellar. And while most new home plans don't include a finished basement, many people are choosing this as an upgraded option.

In addition, the past 50+ years have seen many revolutionary technologies made accessible to the average Canadian household. Imagine what the typical 1950’s family might think of the following gadgets if they were able to glimpse inside today’s modern homes...

Possessed by only the wealthy at the turn of the mid-century, dishwashers are now considered a common household fixture. Nowadays, the average Canadian household uses the kitchen sink only for their more delicate or oversized kitchenware.

The first portable, in-window air conditioner was invented 70 years ago and its presence would have been unheard-of in the average Canadian private household. Today, even window units are a thing of the past as central air conditioning has become a must-have for most new residential builds. Though the oscillating fan remains a relatively standard household item, this is not the primary way for the homes of today to keep cool.

The development and prevalence of internet and television technologies have completely changed the face of the modern home. The typical mid-century household may have enjoyed one bulky, black-and-white television, and relied on radio programs for news and entertainment.

The subsequent evolution of entertainment, from colour TV to VHS to DVDs to internet television, smartphones, and tablets has undoubtedly influenced the contemporary Canadian home. How confused that typical 1950’s family would be to see a family sitting together but staring at strange handheld devices - or communicating with one another between rooms without actually speaking!

Take a Look Inside

Interior design has seen some key shifts as well, as preferences have changed and home decor trends have inevitably come and gone. 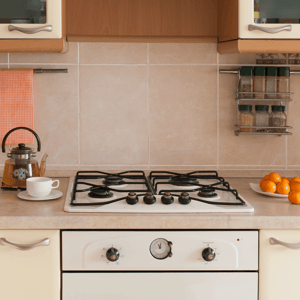 This design trend revolutionized the mid-century kitchen. This easy-to-clean material overtook kitchen countertops and surfaces, and homeowners loved it. Now it's associated with the classic “retro” look of 1950’s homes.

Today, Canadian homeowners are opting for stone over plastic - specifically quartz and granite, although marble is popular too! This more modern stone aesthetic is invariably pricier than Formica - but those “tacky” countertops are often the first thing to go in today’s renovations!

Walk-in closets and pantries have become highly desirable in tandem with the expanding size of the average Canadian home. As the typical family holds and accumulates more possessions than ever, the freestanding armoire (or wardrobe) has long passed from popularity as a means of storing clothes and accessories. This trend applies to food storage as well as pantries have regained favour. Now a highly-demanded feature of new homes, the pantry is overtaking the traditional cupboard as a means of housing food and kitchen essentials.

Lots of windows for natural light are sought by homeowners these days. As window technology becomes more efficient, Canadian households are replacing old windows and adding additional windows. Of course, this trend is balanced by rising energy costs.

Fun fact: did you know that in the 18th and 19th centuries, England used the number of windows in a dwelling as a signal of that household’s wealth and subsequently taxed properties on this basis? This naturally led homeowners to distort their window-preferences by blocking up their windows to avoid the fees. How many windows would you choose for your house if you were taxed for each one?!

Canadian home trends have followed, and will continue to reflect, culture, technology, and the economy over the years. Will the average lot size continue to expand? What will be the next major design trend? How will future “smart” technologies influence architecture and design? We look forward to watching as these unfold!