Is Owning a Home Really Better Than Renting in a Buyer's Market?

If you’ve kept up to date with the current housing market in Edmonton, you've probably been wondering if now is the time to take the plunge into home ownership instead of renting. The housing market in Edmonton is shifting to a market that favours buyers. That coupled with some of the lowest interest rates are leading more first time home buyers than ever to ask themselves the question: “is it better to buy, or to rent?”

Renting vs. Owning a Home

In previous years, the rent vs. own debate was a bit more cut and dry than it is these days. Since 1997, average housing prices have been rising at a rate of 6.2% every year: a home that cost $154,563 dollars just two decades ago would cost over $500,000 today. Of course, average weekly wages have risen as well, but still… houses aren’t cheap.

Some first time buyers in Canadian metro areas are opting to rent instead of putting a down payment on a home, choosing to put the money they would be spending on a home into other investments instead. Many of these anti-homebuyers have decided that their money is safer invested in other ways than it is in the housing market. The potential returns combined with prohibitive housing markets in Vancouver and the Greater Toronto Area makes for a compelling argument in the rent over buy debate if you live in B.C or Ontario.

But, in days of uncertainty (such as those we are in right now), it's hard to speculate what the best and safest investment methods are. Housing prices are still high, but when all is said and done, rent isn't cheap either.

Ask your parents or grandparents and you’ll probably hear the classic nay-saying about renting a home instead of purchasing one… you know, the old “paying someone else’s mortgage” argument? Though that sentiment is true in some cases, some buyers in Canada might be better off paying rent. First time homebuyers should think about renting if:

1. They don’t have the money required for a down payment. This is, unfortunately, a pretty common problem for many Canadians. Once you factor in a down payment of 5 – 20%, mortgage repayment, utilities, repair costs, and more, there are a lot of would-be homeowners that could probably benefit from a lower monthly expense like rent. With recent developments, however, buyers have more power than ever when it comes to purchasing a new home.

2. They aren’t sure where they’ll be in the next 5 years. For many young people, their job, family, education, and living situation could change very soon. It might be best to pay for a few months of rent if you aren’t ready to put down roots at the moment.

3. If you live in a city with rent control (AKA, the “renter’s Holy Grail”), your landlord can only increase rent by the rate of inflation. The issue here is that not all major Canadian cities have rent control in effect.

4. They invest the money they would have otherwise used as a down payment. This one is tough for many people to do, but can see returns similar to investing in a home. If you are financially disciplined, and the place you’re renting in the meantime is cheap enough, using your money for other investments might be a viable option – but it won’t work for everyone - especially nowadays.

The Case for Owning a Home

A 2018 study by Mortgage Professionals Canada examined 266 different housing scenarios in various cities across Canada. Each case presented a different combination of housing locations and types of dwellings, and compared the average rental cost vs. the equivalent cost of ownership. On average, the cost of owning a home exceeded the cost of renting an equivalent dwelling by $541 per month. But, when the loan principal repayment is considered (which is a form of monthly saving), the effective cost of ownership is $449 less than the cost of tenancy.

Over time, the cost of owning and renting will rise with inflation and other economic factors, but the largest cost of ownership (the mortgage payments) is fixed for a number of years. The Mortgage Professionals Canada study found that homeownership is increasingly advantageous over time across a number of different interest rate scenarios. After a mortgage is fully repaid in 25 years, the cost of owning is much lower in all 266 cases, working out to $1549 per month vs. $4655 per month if you rented for the same amount of time.

Saving money over a number of years isn’t the only reason why purchasing a home is more advantageous than renting. Sure, you could use the money you would save on a down payment for other investments, but how many people have the financial discipline to invest thousands of dollars instead of spending the cash they’re saving on “cheap” rent? Buying a home is forced savings – if you don’t pay the money into your home, well, you won’t be in that home for long.

Owning a home helps you build up equity and long-term wealth, but it can also be a source of income too. Many homeowners are opting to provide space in their home for rent as a way of supplementing their income – an option that first-time homeowners should definitely think about. With opportunities to build equity and make extra cash, your home is a great long-term investment. Rent never ends, but a mortgage payment will. If your home appreciates in value, you can come out ahead by the time you are ready to upsize, downsize, or move to another location.

With homeownership comes responsibility, but also a space that you can make your own. That dream home? You can own it, make it yours, and never let it go.

Unfortunately, the same thing can’t be said for your dream apartment (unless you buy it outright). If your landlord decides to sell the property, your perfect living space becomes someone else’s.

Sure, there are some great reasons to rent instead of buy – it all depends on your financial situation, your life situation, and even the city that you live in, but there are even better reasons why it’s more financially advantageous to purchase a home if you can. In addition to comparing the financial outcome between rented and purchased homes, the Mortgage Professionals Canada study also compared the overall wealth situations of homeowners and tenants. The results indicated that, financially, homeowners are distinctly better off compared to tenants who are similar in age and level of income, and the difference isn’t just taking home equity into account – homeowners have more non-housing wealth than tenants. While any anti-homeowner might chalk this up to a variety of factors, the big takeaway is that the lower lifetime cost of owning a home rather than renting gives homeowners more opportunities to save in other ways.

Yes, owning a home is expensive, but the fact remains: if it is financially possible, you should opt to purchase a home instead of paying rent in a similar space. If you do choose to own a home instead of renting, you can expect to be in a better financial situation in the future than you would be paying rent.

Owning a home is especially viable (and even more advantageous than renting) in a buyers market like we are seeing today. Government incentives and low mortgage rates also contribute to your buying power. Ultimately, you'll know when it's time to move into a new home from your apartment, but a buyer's market could be the perfect time to take the plunge! 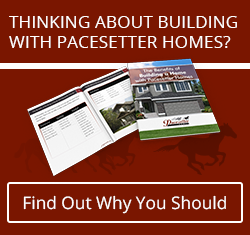